Our client’s powder production includes several processing methods and process steps. The powder containers pass through multiple stations and underlie various quality tests. Therefore, tightly timed status updates, recording, and booking of the various containers and processes are necessary throughout the entire production process. The time-consuming, paper-based manual process monitoring consumes a large part of the employees’ working time and is also error-prone. The production process extends over several zones and buildings, and the individual stations could only be monitored by manual recording. If a container is ready for pickup or if a process step deviates from the production specifications, this may only be noticed by a delay. Production zones are also subject to certain safety regulations, which is why entry or further processing may only be carried out by authorized personnel.
The goal of the company is the digitization of the individual production steps as well as the most efficient utilization of resources while maintaining quality and safety standards. In line with INTRANAV Virtual Manufacturing Solutions, we implemented an RTLS solution that included real-time location, automated workflows interacting with electronic displays, and analysis options.

For a global leader for affordable
and sustainable energy

The energy company is one of the leading international providers of sustainable, reliable and affordable energy products, solutions and services along the entire energy value chain. In more than 90 countries and with 90,000 employees worldwide, the company supports its customers on their way to a sustainable future. 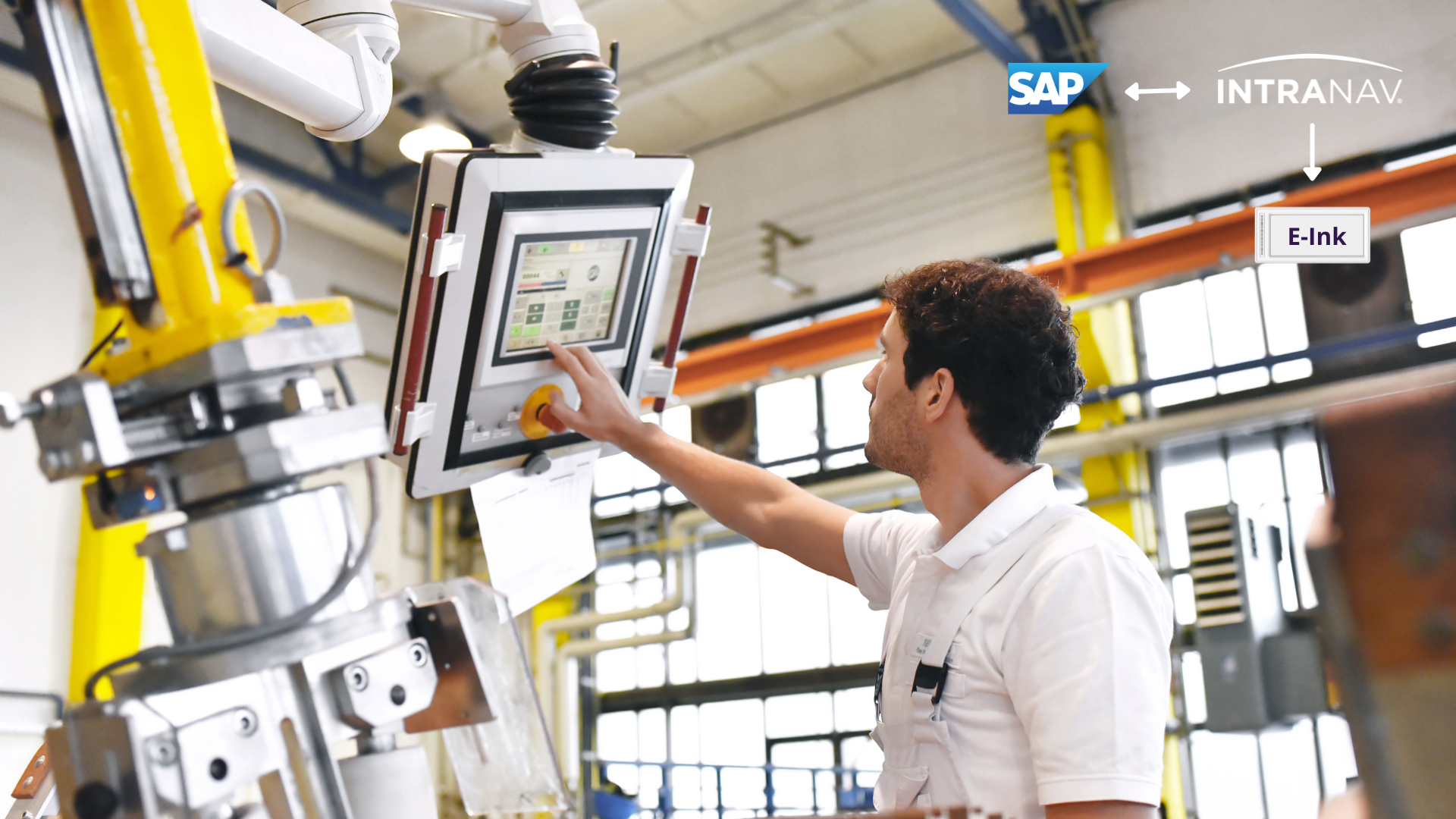 Process requirements of our customer 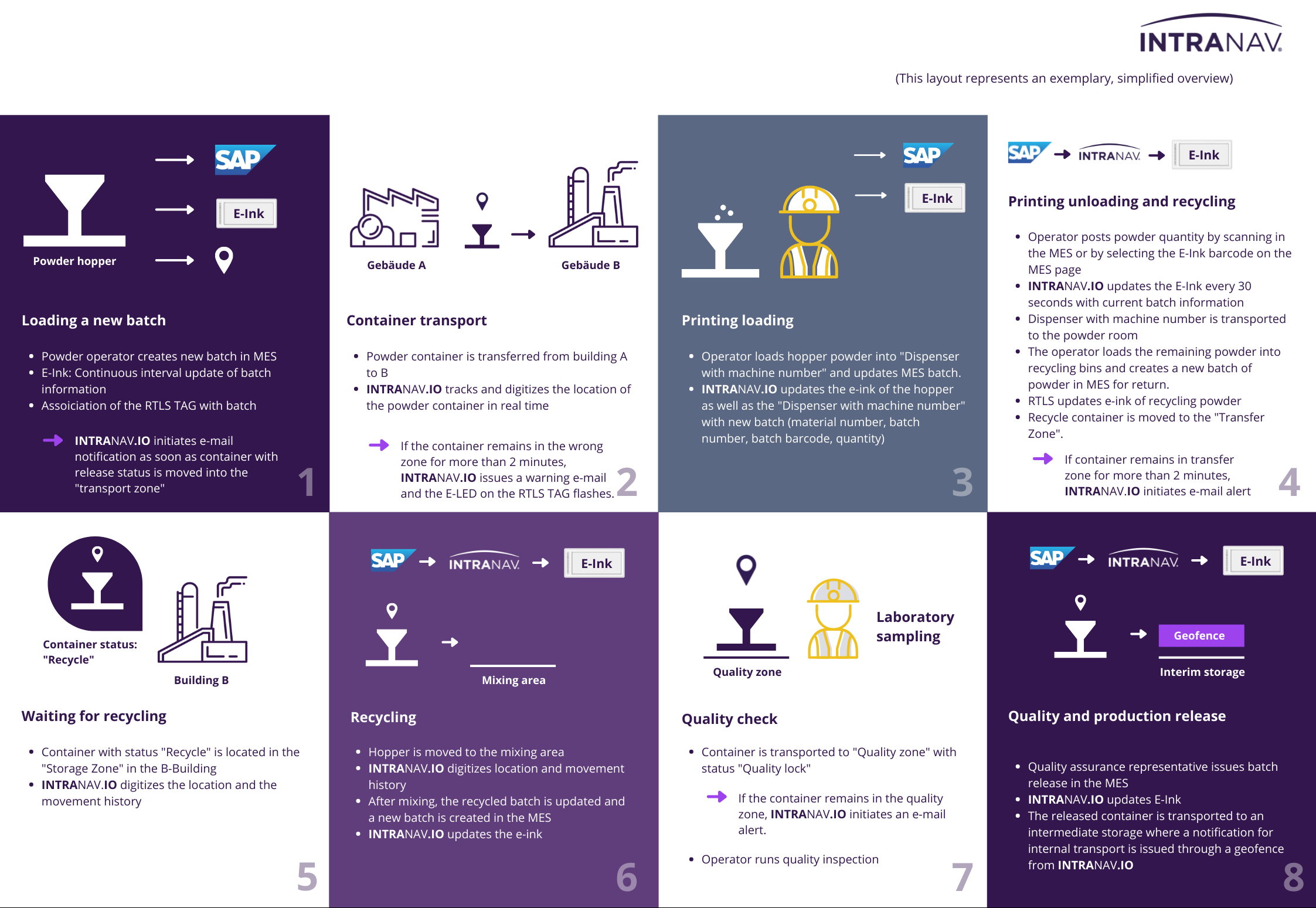 The key for monitoring every step of the powder manufacturing process in real-time, reducing manual processes in production and moving to 100% paperless production is to use the INTRANAV IoT Edge Suite in collaboration with E-Ink Labels.

This is how the energy company uses INTRANAV in its
powder manufacturing process:

Summary of the results achieved by our customer with INTRANAV:

● With real-time location tracking of powder containers via the Digital Twin RTLS platform, the energy company monitors the real-time status of all production steps. Downtimes, interruptions. Errors in the process flow can be identified immediately and eliminated more quickly.

● The interaction between RTLS and E-Ink Labels allows the transition to the digital factory (Paperless Factory), eliminating all manual data entry efforts and removing the need for manual updates. The batch/status updates of the E-Ink are performed automatically by the real-time location of the container.

● Real-time notifications of the current production status, such as “too long dwell time in one zone”, “container is ready for pickup” or “the container is located in the quality zone” ensure that the entire production process is performed on time and in quality.

● Real-time alerts, e.g. if the containers have been transferred to the wrong zone or an indication of a manually required interaction, enable fast intervention in case of process deviations in order to avoid long waiting times of the production flow.

● Material flow and resource utilization analyses by INTRALYTICS, the INTRANAV.APP “Flow Status” or the structured data export via CSV and the associated integration in analysis tools such as Power-BI, allow the determination of downtimes, idle and throughput times or zone occupancy periods as well as their utilization. For this purpose, INTRANAV records the exact time stamp (day / hour : minute : second) of the input and output of the respective zones and calculates, for example, the dwell time in the respective zone to the second. The final status indicates the total time of the transit of all zones and intermediate transit times per asset/package/material flow relationship. Based on the historical data of the completed transports as well as the dwell times of the containers at the passed zones, process optimizations of the production flow can be implemented.

E-Ink TAGs can drastically reduce logistics and manufacturing processes. In combination with our INTRANAV.IO platform, customers can now send location-based information and instructions to the E-Ink display to automate and optimize processes on the shop floor or in the warehouse. Create workflows, rules and generate content depending on real-time information.  (The E-Ink TAGs are an INTRANAV.RTLS partner product). 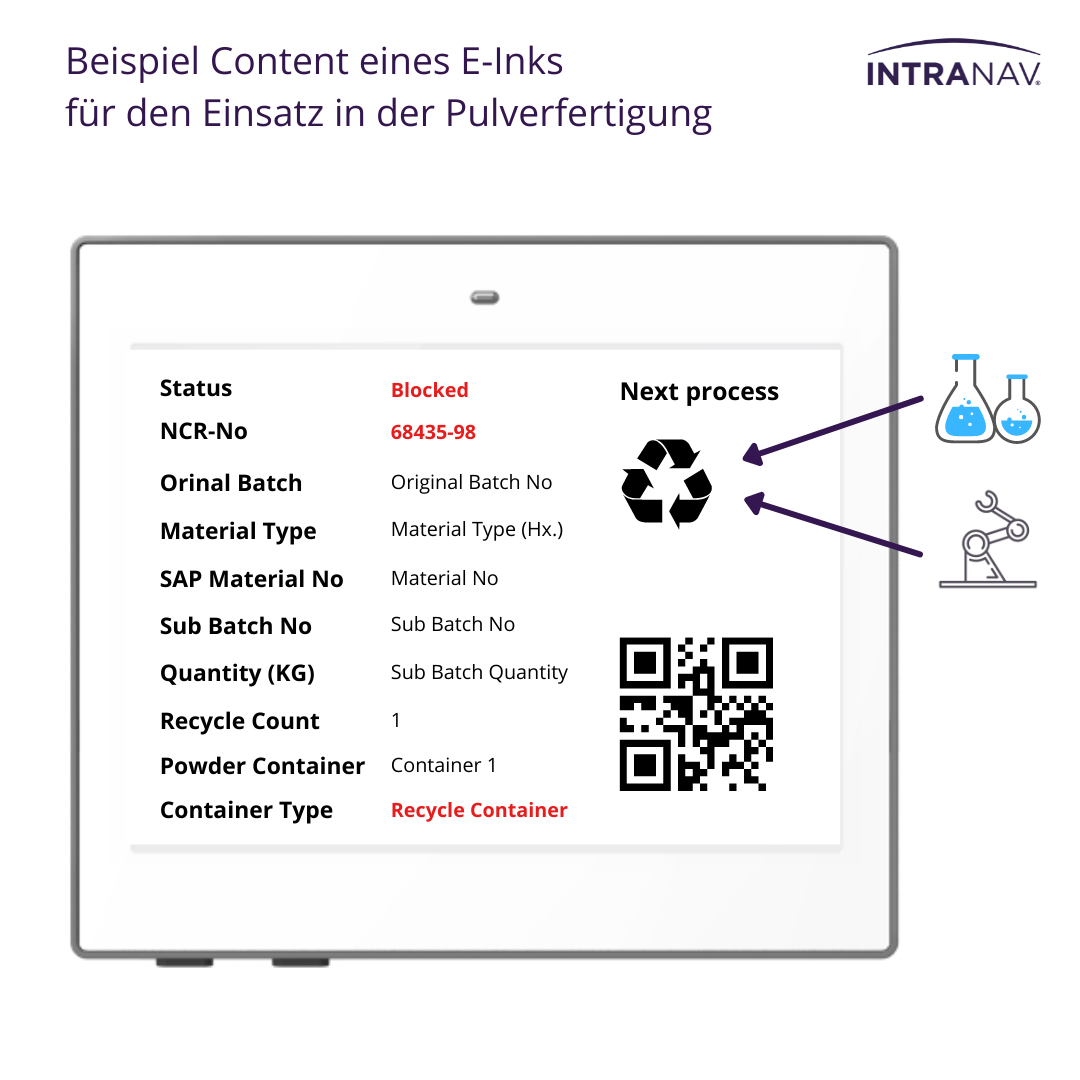 True Values through the use of the INTRANAV SMART Production solution and E-Ink Labels.

Our INTRANAV Production Solution might also be of interest to you, contact us to talk about optimization possibilities for your production and logistics workflows today!

You want to know how you can make your processes more efficient with real-time tracking?

Our team will be happy to advise you with comprehensive know-how out of the RTLS world!